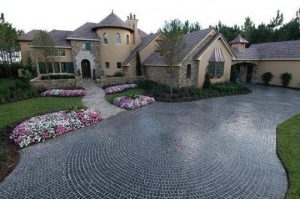 Available in a 200gm carton.

A Wild Flower mixture of native origin as sown by the professionals. For optimum appearance, and greater ratio of flowers to grass, use sowing rate as directed. Ideal for a gardener who is looking to create a Wild Flower meadow and attract animal life. Country Meadow grass and wildflower seed is colourful a mix that will attract wildlife and provide a beautiful wild flower display.

FIRST YEAR
The main requirement in the first year is to control weeds and reduce competition from grasses. Cut the sward to a height of 5 cm every two months or when the sward reaches 15 cm. Remove all cut material to avoid smothering the sward. Where persistent weeds are a problem, spot treat with Glyphosate or dig-out. For best results, sow in the months: March, April, August and September.

FUTURE MAINTENANCE
The sward should be well established after the first 12 months and contain a diverse range of species. Cut to 5-6 cm during March/April and remove cuttings. The second cut should take place at the end of the flowering season during September/October (the flowering period may alter slightly according to climatic conditions). Remove all cuttings. The site may require further cuts in the autumn period to remove untidy growth in an extended growing season.

Wild flower meadows are largely unnatural! They have been bought about through thousands of years of human intervention. When the first hunter-gatherers settled down and started clearing trees there were no such things as a wild-flower meadow. The closest natural area would be lowland heath, which the UK has a significant amount of, although we’ve lost over 80% in the last 200 years. These natural areas of high biodiversity become increasingly precious as they become a dwindling resource for the mammals, birds, amphibians and invertebrates that require them. Increasing the biodiversity within our own gardens has become a means to reduce, and in some situations, reverse the decline of species in the wild. Understanding what conditions wild flowers thrive in and the management that has bought them into being helps gardeners understand what conditions are necessary for them to grow and the management they require.

Biodiversity thrives in situations where no one species can dominate. Areas where one or two species can thrive to the detriment of other species will be dominated by those species. Generally this is where species have a adapted to particular circumstances e.g. Common Nettles have an ability to utilise nutrients very quickly and can quickly outgrow surrounding vegetation if there is an abundance of nutrients, likewise ephemerals such as Common Groundsel are able to reproduce very quickly and colonise areas rapidly to the detriment of other species. Wildflower areas benefit from balance; this is generally gradually accrued over time.

Wildflower meadows have been brought about by farmers who, over thousands of years, have followed regular seasonal patterns of making hay in July, grazing the aftermath in the early autumn and removing livestock before the ground becomes poached in the winter. This over time has removed nutrients to a point where no one species can dominate and a broad spectrum of species have the ability to survive. Latterly industrial processes have given farmers the ability to artificially fertilise their land this in turn upset the balance and certain species such as Broad-leaved Docks, Creeping Thistle and Common Nettle have taken advantage of this abundance of nutrients and proliferated. Herbicides became necessary although they were not very selective in what they controlled and as a consequence we have seen a massive decline in wildflower meadows in the last 100 years: we have lost over 97% of the UK’s wildflower-rich grasslands. By planting wildflowers you may be helping to reduce this loss.

Contrary to most gardening practices wildflowers need very little nutrition; some have very specific requirements because they are specifically adapted to a particular type of habitat i.e. woodland species, chalk grassland species, alluvial soils etc. Species mixes which replicate the type of species that would naturally occur in this context have been formulated. Certain species require grasses to be present e.g. Yellow Rattle and Eyebrights are semi and hemi-parasitic upon grass species. Most wildflower mixtures are made up of eighty percent grass seed and twenty percent wildflower seed, by weight although a lot of wildflower seeds are much smaller than grass seed which balances the number of seeds out.

Germination times:
Young grass will appear within 7-14 days under good growing conditions but will take longer if the ground is cold. For best results, sow between March and October.

Sowing a new lawn step by step guide:
1. Remove weeds, stones and rubbish before sowing. Dig to a depth of 15-22cm (6-9in). Level and firm seed bed by raking then treading or light rolling.
2. If possible, leave seed bed for a few weeks and then destroy any weeds.
3. Moisten the ground, mix the seed and then scatter evenly. Sow the seed at a rate of 35g per sq. metre (1 ¼ ozs per sq yard) half from left to right, then half from top to bottom for each section. Rake lightly and firm in seed by treading or light rolling.
4. In case of dry weather use a fine spray to keep seed bed constantly moist.

Overseeding an existing lawn step by step guide:
1. Mow the lawn short then using a spring tine rake or scarifier remove the layers of dead grass or thatch. If possible, spike lawn with a hollow tine fork and brush in some topsoil to relieve any compacted areas.
2. Moisten the ground, mix the seed and then sow the seed at a rate of 25g per sq. metre (¾ ozs per sq yard), scattering evenly. Alternatively, the seed can be mixed with some topsoil and sown by hand to aid distribution and moisture retention.
3. Firm in the seed by treading or light rolling. In case of dry weather use a fine spray to keep seed bed constantly moist.
4. Ideally do not mow existing grass until new grass is growing. If a mow is necessary, raise the cutting height.

There are no reviews yet.

Be the first to review “Johnsons Country Meadow” Cancel reply

Follow Us
Warning: sizeof(): Parameter must be an array or an object that implements Countable in /home/customer/www/jointingmortaruk.com/public_html/wp-content/plugins/cross-sell-product-display-for-woocommerce/templates.php on line 18 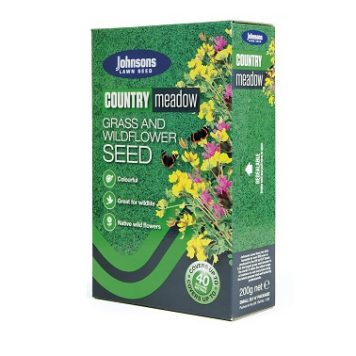